Direction (1-4): Identify the segment in the sentence, which contains the grammatical error.

Direction (5-7): In the following questions, the sentence given with blank to be filled in with an appropriate word. Select the correct alternative out of the four and indicate it by selecting the appropriate option.

Q5. Wrong details received twice by the authorities have _________ the release of a woman lodged in one of Assam’s six detention camps for foreigners since 2010.
(a) Delayed
(b) Advanced
(c) Expedited
(d) Facilitated

Direction (8-10): In the following questions, out of the four alternatives choose the one which can be substituted for the given words/sentence.
Q8. A person famous and respected within a particular sphere
(a) eminent
(b) obscure
(c) despotic
(d) imperative

Q9. That which cannot be corrected
(a) Impregnable
(b) Immolation
(c) Incorrigible
(d) Ineligible

Q10. A person who is blamed for the wrong doings of others
(a) Bursar
(b) Captor
(c) Phlegmatic
(d) Scapegoat

S2. Ans(a)
Sol. Replace “shows” with “show”. Statistics when taken as a collection of data is used with plural verb.

S3. Ans(a)
Sol. Replace “are” with “were”. The attack happened last Sunday so past tense should be used here.

S7. Ans(a)
S8. Ans(a)
Sol. Eminent: (of a person) famous and respected within a particular sphere.
Obscure: not discovered or known about; uncertain.
Despotic: of or typical of a despot; tyrannical.
Imperative: of vital importance; crucial.

S9. Ans(c)
Sol. Incorrigible means (of a person or their behavior) not able to be changed or reformed.
Impregnable: (of a fortified position) unable to be captured or broken into.

S10. Ans(d)
Sol. Scapegoat means a person who is blamed for the wrongdoings, mistakes, or faults of others, especially for reasons of expediency. 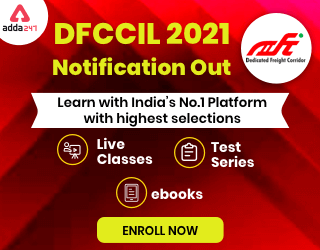