Q2. Select the most appropriate word to fill in the blank
Around sixty bands in colourful _________took part in the Notting Hill Carnival.
(a) clothings
(b) costumes
(c) apparels
(d) dressing

Q3. Select the word which means the same as the group of words given
A person, animal or plant much below the usual height
(a) wizard
(b) dwarf
(c) creature
(d) witch

Q5. Select the most appropriate option to substitute the underlined segment in the given sentence. If no substitution is required, select “no improvement”.
If you park your car here, the traffic police has fined you
(a) will fine you
(b) no improvement
(c) fine you
(d) fined you

Q6. Given below are four jumbled sentences. Select the option that gives their correct order.
A. The cafe’s owner says he’s interested in conservation, and hopes customers will realise the animals are worth saving, even though they often have a bad reputation.
B. None of them are venomous, meaning customers can get up close and personal with the reptiles.
C. Here you sip your drink in the company of 35 snakes.
D. This café, which has just opened in Tokyo, is not for the faint-hearted.
(a) DBCA
(b) DCBA
(c) ABCD
(d) ABDC

Q7. Given below are four jumbled sentences. Select the option that gives their correct order.
A. An environmental group performed a necropsy on the animal and found about 40 kilograms of plastic, including grocery bags and rice sacks.
B. A 4.7-metre long whale died on Saturday in Philippines where it was stranded a day earlier.
C. “It is very disgusting and heartbreaking,” he said. “We’ve done necropsies on 61 dolphins and whales in the last 10 years and this is one of the biggest amounts of plastic we’ve seen.”
D. “The animal died from starvation and was unable to eat because of the trash filling its stomach,” said Darrell Blatchley, Director of D’Bone Collector Museum Inc.
(a) ABCD
(b) DABC
(c) BADC
(d) BACD

Q8. Select the most appropriate meaning of the given idiom.
To play ducks and drakes
(a) to use recklessly
(b) to change places
(c) to be friendly
(d) to act cleverly

S1. Ans(a)
Sol. Correct spelling is “calendar” which is a chart or series of pages showing the days, weeks, and months of a particular year, or giving particular seasonal information.

S2. Ans(b)
S3. Ans(b)
Dwarf: denoting something, especially an animal or plant, that is much smaller than the usual size for its type or species.
Wizard: (in legends and fairy tales) a man who has magical powers.
Witch: a woman thought to have magic powers, especially evil ones, popularly depicted as wearing a black cloak and pointed hat and flying on a broomstick. 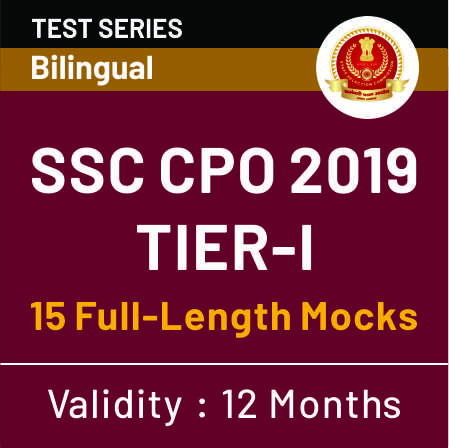