Q2. 1. As a boy Charles Darwin showed no promise to be a good student.
P. He was a failure at school.
Q. He had greater interest in flowers, birds and stories about them.
R. The narrow old fashioned syllabus of his school was dull to him.
S. So he was a problem for his parents.
6. His father then sent him to study medicine to carry on the family profession.
(a) QSRP
(b) SQPR
(c) RPQS
(d)PSRQ

Q3. 1. Museums are repositories of the cultural heritage of a nation.
P. Museums also contribute a lot to national integration.
Q. Museums make these materials available to posterity.
R. They ensure conservation of historical and cultural material against decay.
S. They also bring about international understanding.
6. Thus, museums play a vital role in cultural transmission.
(a) PQRS
(b) RQPS
(c) RSPQ
(d) SRQP

Q4. 1. Success in life depends upon devotion to the chosen occupation.
P. We must choose the occupation which is best suited to our aptitude and qualifications.
Q. In that case, we may have to try a few jobs before getting the right one.
R. But once we find such a job and are at the job, we should stick to it.
S. Possibly, we may not find such an occupation at our first attempt.
6. With our devotion and industry, we can make progress in that job.
(a) PSRQ
(b) PRQS
(c) PSQR
(d) SRQP

Q5. 1. For thousands of millions of years the Moon has been going round the Earth.
P. However, some of them will still be going round the Earth thousands of years from now.
Q. These artificial satellites are very much smaller than the Moon.
R. Today, however, the Earth has many other satellites, all made by man.
S. During this time, the Moon has been the only satellite of the Earth.
6. Artificial satellites do not fall because they are going too fast to do so.
(a) PRSQ
(b) QSRP
(c) RQPS
(d) SRQP

Q6. 1. There is a lot of luck in drilling for oil.
P. The samples of soil are examined for traces of oil.
Q. The drill may just miss the oil although it is near.
R. Sometimes, it may strike oil at a fairly high level.
S. When the drill goes down it brings up soil.
6. If they are disappointed at one place, the drillers go to another.
(a) QPRS
(b) QRSP
(c) PSRQ
(d) SRQP

Q7. 1. India is a very old country with a great past.
P. Since August 1947, she had been in a position to pursue her own foreign policy.
Q. But it is a new country also, with new urges and new desires.
R. But even so, she could not forget the lesson of her great leader.
S. She was limited by the realities of the situation which she could not ignore or overcome.
6. She tried to adapt theory to reality.
(a) PQRS
(b) QPSR
(c) SRPQ
(d) RSPQ

Q8. 1. Of all the living creatures on the earth, insects are the most plentiful.
P. In some countries, they are farmers’ greatest enemy.
Q. Locusts are perhaps the most dangerous of all, for they will eat almost any green plant and leave cultivated lands bare.
R. Some varieties are very useful to man, like bees from which we get honey and wax, and silkworms which supply us with silk.
S. Other varieties, however, are extremely harmful and do a great amount of damage, especially to crops.
6. Common flies, cockroaches, termites, mosquitoes and lice are some other insects harmful to man.
(a) PSRQ
(b) SRPQ
(c) RSQP
(d) QSRP

Q9. 1. An observation home is called a formicarium.
P. Then, if a small ant hill is dug up carefully, you will find the hump-backed queen.
Q. You will probably discover that you have some of the strange ant guests too.
R. It can be made of two panes of glass separated by strips of wood around the edges.
S. Put her in a jar with some of her workers, larvae and cocoons.
6. Carefully place them all in the formicarium.
(a) SPQR
(b) PQSR
(c) PSQR
(d) RPSQ

Q10. 1. Few men can exert the full power of their intellect.
P. And of course the injury done to the health.
Q. And the time when nature prescribes sleep,
R. Must in the long run have a bad effect.
S. Without ruining their health thereby.
6. On the quality of work done.
(a) QSPR
(b) SQRP
(c) SRQP
(d) SQPR 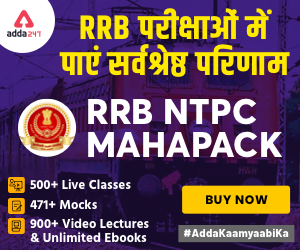 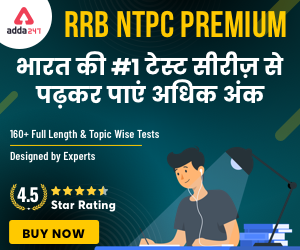