Q1. Select the most appropriate word to fill in the blank.

The Chairman advised then to build a bridge between the two companies using ____________and compromise.
(a) negotiation
(b) competition
(c) control
(d) strength

Q3. Select the most appropriate word for the given group of words

Q4. Select the most appropriate synonym of the given word.

Q5. Select the correct indirect form of the given sentence.

The doctor told his patient, “Continue the same course of medicines for the next week.”

Q6. Identify the segment in the sentence which contains the grammatical error.

Q7. Select the most appropriate word to fill in the blank.

Q8.Select the most appropriate meaning of the given idiom

Q9. Select the correct passive form of the given sentence.

Q10. Given below are four jumbled sentences. Out of the given options pick one that gives their correct order.

A. Today, man is master of the world and he makes the animals do what he likes.
B. Others he eats; and those like the lion and the tiger, he shoots for pleasure.
C. Early man, when he first came, must have been surrounded by many huge animals, and he must have lived in fear of them.
D. Some he tames like the horse, the cow, the elephant, the dog, the cat and so many others.

S2. Ans. (c)
Sol. Turbulence is an irregular motion of the air resulting from eddies and vertical currents.

S7. Ans. (d)
Sol. Intricacy: details, especially of an involved or perplexing subject.
Poverty: the state of being inferior in quality or insufficient in amount; dearth; scarcity.
‘Poverty’ is the most appropriate choice as it is synonym to ‘dearth’ and the two clauses used in the sentence imply towards the usage of two nouns similar in meaning.

S8. Ans. (d)
Sol. Late in the day: at a late stage in proceedings, especially too late to be useful. 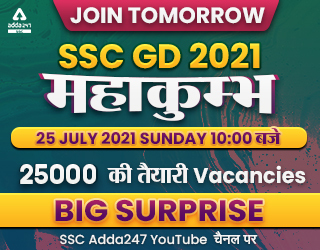