Direction: In this question, read the sentence to find out whether there is any error in it. The error, if any, will be in one part of the sentence. The number of that part is the answer. If there is no error, the answer is (d).

Q2.
1. It is not uncommon for close synonyms to be understood to share the same memory.
P. The difference between words like ‘hard’ and ‘difficult’ goes unnoticed.
Q. One may employ one or other with complete indifference.
R. In general this is well and good.
S. Most people lack the linguistic sense to quibble over such trifles.
6. But for most of us it is of no less significance.
(a) PRSQ
(b) SRQP
(c) PQRS
(d) QRSP

Direction: In the following question, a sentence has been given in Direct/Indirect speech. Out of the four alternatives suggested, select the one which best expresses the same sentence in Indirect/Direct speech.

Direction (4-5): Improve the bracketed part of the sentence.

Q5. It could be argued that the most significant virtue of a popular democracy is not the right to participate in the selection of leaders, (but rather that it affirms) our importance in the scheme of things.
(a) but rather its affirmation of
(b) but rather it’s affirmation in terms of
(c) but instead of that, its affirming that
(d) No improvement

Direction (6-10): Read the passage carefully and choose the best answer to each question out of the four alternatives.

The significance of some judicial interventions trumps the fact that they are unusual or are marred by excessive activism. The Supreme Court’s project to revamp the cricket administration is one such. It has accepted the recommendations of a committee headed by former Chief Justice of India R.M. Lodha, which favoured sweeping structural reforms and specific rules to eliminate conflicts of interest and the creation of near-permanent tenures and fiefdoms. In its overall approach, the court has shown a sharp understanding of two broad ills: the concentration of power in the president of the Board of Control for Cricket in India and the patronage extended by the office to favoured individuals who enjoy the president’s confidence. The panel’s recommendations stem from the same concern: they include restrictions on the number of terms and overall tenure for office-bearers, a bar on anyone holding more than one office at a time, a cooling-off period between one tenure and another, and the replacement of the bloated working committee with a nine-member Apex Council with player representation. Normally, a private body would not be subject to such restrictions in its right to form an association. And the BCCI may well believe its powers are unfettered or at least not subject to judicial micromanagement. But cricket is a national sport and the BCCI, irrespective of its legal status, must act in a transparent and accountable manner as a trustee of the game. The need to do so is all the greater given the huge infusion of corporate funding in recent years, which has attracted an assortment of operators and shadowy interests seeking to capitalize on cricket’s popularity.

It was the betting scandal that hit the Indian Premier League in 2013 that brought to the fore the unsavoury aspects of the cricketing administration. An impression had gained ground that the Board operated like a cosy, self-serving club. That it was important to put an end to grave conflict of interest issues that have plagued the game and take a hard line against malpractices such as match-fixing and spot-fixing is indisputable. One may disagree with some aspects of the court’s order such as the ‘one State one vote’ rule and the placing of a cap on the age of office-bearers — these are details best left to administrative bodies. But these are but cavils given the overall thrust of the order, which is aimed at introducing a measure of professionalism in the management of the game. It is here that the Supreme Court’s order will be tested in the years to come. If it brings about greater transparency in the operation of both commercial and sporting aspects of cricket, it would be mean a significant victory for its genuine proponents and supporters.

Q6. “An impression had gained ground that the Board operated like a cosy, self-serving club.” According to the passage, what does the line mean?
(a) Image of the Indian cricket is getting tarnished
(b) BCCI is the owner of Indian cricket
(c) BCCI is an independent board; it has nothing to do with Indian government
(d) None of the above

Q7. What could be the suitable ‘title’ of the above passage?
(a)” CRICKET” a gentleman’s game
(b) Cleaning up “Cricket”
(c) IPL will be known for “scandals”
(d) None of the above

Q8. Which of the following statements is NOT TRUE according to the given passage?
1. One may agree with some aspects of the court’s order such as the ‘one State one vote’ rule and the placing of a cap on the age of office-bearers
2. Normally, a private body would not be subject to such restrictions in its right to form an association.
3. But cricket is a national sport and the BCCI, irrespective of its legal status, must act in a transparent and accountable manner as a trustee of the game.
(a) Only (1)
(b) Only (2)
(c) Only (3)
(d) None of the above

Q9. In what aspect author disagrees with the court?
(a) placing of a cup on the names of official bearers
(b) cricket in India should not be governed by the Indian government
(c) one state can give only one vote
(d) None of the above

Q10. Choose the word which is most opposite in meaning to ‘patronage’ as used in the passage.
(a) antagonism
(b) aegis
(c) auspices
(d) sponsorship

S4. Ans. (a)
Sol. There is no action that is being completed. Here, the context is of general sense. Thus option (a) is correct.

S5. Ans. (a)
Sol. As we are talking about the “democracy” thus the possessive adjective that is used for this will be “its affirmation of”.

S6. Ans. (c)
Sol. According to the passage, the given lines indicate that BCCI is an independent board; it has nothing to do with Indian government.

S8. Ans. (a)
Sol. Refer to the last paragraph, “One may disagree with some aspects of the court’s order such as the ‘one State one vote’ rule and the placing of a cap on the age of office-bearers”

S9. Ans. (c)
Sol. Refer to the last paragraph, “One may disagree with some aspects of the court’s order such as the ‘one State one vote’ rule”

S10. Ans. (a)
Sol. Patronage means the support given by a patron. Antagonism means active hostility or opposition. 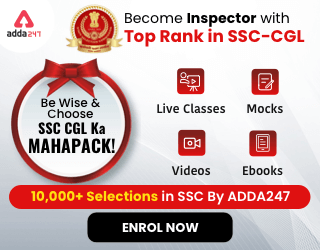