Direction (1-10). Rearrange the parts of the sentence in correct order.

Q1.
(P) Its chairman Anil Ambani and two other group firms guilty of contempt of court,
(Q) The Supreme Court on Wednesday found Reliance Communications Ltd. (RCom) and.
(R) “Lend a helping hand” to pay off dues worth Rs.550 crore to Swedish telecommunications equipment major Ericsson.
(S) Observing that the defendants had adopted a “cavalier attitude” despite the court’s best efforts to.
(a)RQPS
(b)PSQR
(c)QPSR
(d)PQSR

Q3.
(P) To the ultimate winner of the title dispute appeals pending in the apex court.
(Q) Required to provide easy access and enjoyment of the RJBM area.
(R) Acquired adjacent to the disputed area to its rightful owners after mapping the extent of acreage.
(S) Recently, the Centre had moved an application seeking leave to return the superfluous excess land.
(a)PQRS
(b)RPSQ
(c)SRQP
(d)SQPR

Q4.
(P) The varsity, however, did not set a deadline for submitting the probe report.
(Q) To enquire into the February 12 fracas on campus for which eight students have been placed under suspension.
(R) Responding to the demands of the students, the university said that it has constituted a fact-finding committee,
(S) Comprising Deputy Proctor Rashid Umar, Assistant Proctor Mohd Mohsin and Assistant Proctor Rashid Ali,
(a)PQRS
(b)RPSQ
(c)RSQP
(d)SQPR

Q5.
(R) They ended up with lower levels of low-density lipoprotein (LDL) or bad cholesterol.
(P) Ms. Hobbs and her colleague at Dallas’ UT Southwestern Medical Center, geneticist Jonathan Cohen, found that when people had a mutation in PCSK9,
(S) At the Hyderabad edition of the TNQ’s Distinguished Lectures in Life Sciences, geneticist Helen Hobbs told an audience of scientists and lay persons the story of this discovery.
(Q) Through this mechanism, the mutation protected people against heart disease, seemingly without side effects.
(a) SQRP
(b) PQRS
(c) RPQS
(d) SPRQ

Q6.
(P) That have already taken board approval for buy-back and will be launching the offers in the near future.
(R) While the current financial year had already seen 44 buy-back offers with a cumulative offer size.
(S) Companies are using the current market volatility and the recent price correction as an opportunity to buy back their shares with as many as a dozen such buy-back offers currently underway.
(Q) Of more than Rs.38,000 crore, there are almost 20 more companies in the pipeline.
(a) SQRP
(b) SRPQ
(c) RPQS
(d) SPRQ

Q7.
(P) The Securities and Exchange Board of India (SEBI) has proposed introducing circuit filters in the cash segment on stocks that are part of the derivatives market.
(Q) On the proposals regarding introduction of either hard circuit limits or a combination of dynamic and hard limits on such stocks.
(S) The regulator released a discussion paper seeking market feedback.
(R) As part of its attempts to assuage investor concerns emanating from huge single-day swings in many stocks,
(a) SQRP
(b) RSPQ
(c) RPQS
(d) SPRQ

Q8.
(P) Under the provisions of the ‘RBI Circular’ to meet a funding gap of nearly Rs.8,500 crore, including proposed repayment of aircraft debt of Rs.1,700 crore.
(R) By converting part of their debt into equity for a consideration of Re.1 and advancing more capital to give the airline a lifeline to enable it to achieve a turnaround.
(S) Jet Airways’ board, considered and approved a bank-led provisional resolution plan (BLPRP) that proposes restructuring.
(Q) A consortium of commercial banks led by State Bank of India (SBI) will acquire a majority stake in Jet Airways (India) Ltd.
(a) QRSP
(b) RSPQ
(c) QSPR
(d) SPRQ

Q9.
(Q) In provisioning or in bad loans, compared with what the bank had reported for the financial year 2017-18.
(R) Shares of private sector lender Yes Bank surged almost 31% to Rs.221 a day after the bank reported that the Reserve Bank of India’s annual inspection report did not find any divergence.
(P) Particularly after its MD and CEO was forced to step down by the RBI,” brokerage firm Motilal Oswal said in a report.
(S) “This development comes after months of speculation on the magnitude of divergence that the bank was expected to report,
(a) QRSP
(b) RSPQ
(c) QSPR
(d) RQSP

Q10.
(P) The TAG, it added, tracks more than 270 targeted or government-backed.
(Q) Groups from more than 50 countries.
(R) In a blog post, Google said its Threat Analysis Group (TAG) works to counter.
(S) Targeted and government-backed hacking against Google and its users.
(a) PQRS
(b) RSPQ
(c) QSRP
(d) SQRP 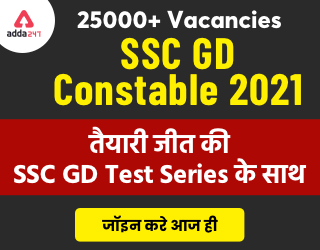